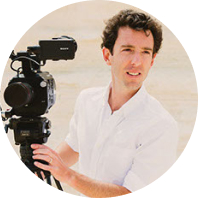 He has directed documentary films in Nepal, South Africa, India, Israel, the US and Cuba. His films have been used to raise hundreds of thousands of dollars for American and international non-profits. David is, also, actively involved in producing, directing and editing feature films, television programs, commercials and music videos.

In 2015, Kiern traveled to the Holy Land to produce the documentary film, I Am Israel, a showcase of the beauty of the land and the strength of the Jewish people. The film has been shown worldwide during Prime Time on over ten TV networks and in more than 144 countries.

And, last year, I Am Israel, screened at the Knesset as part of a history-making reconciliation between the Christian Church and the Jews.