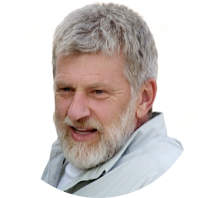 Grant has created, directed and produced over 1000 award-winning TV commercials, as well as short & longer-format films. As a key member of the team, he has garnered unprecedented international acclaim for “emotional cause-oriented advertising that gets results & recognition for clients. Grant is a legend in the business of creating emotion.”

Grant is responsible for commercials and films worldwide for companies like Visa, PepsiCo, Coca-Cola,Procter & Gamble and Foundation for a Better Life.