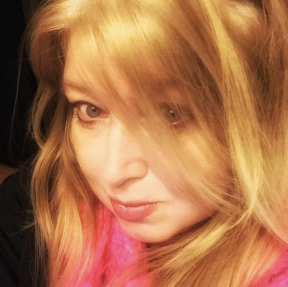 Karen Espenant has produced varying projects and commercials at Hummingbird Productions, and serves on the development team of It’s a Wonderful Life the Rest of the Story a fan-fiction film penned by Martha Bolton and Bob Farnsworth.  The Hummingbird team collaborates with world-renowned creatives on projects for every conceivable product, service, or brand across every platform. At Hummingbird she works with celebrated artists like Oscar-nominee Dolly Parton, Emmy Award-winning John Rhys-Davies; Grammy Award-winners Reba McIntyre and Clint Black; and with companies like IMAX and DOLBY.

Espenant also produced That Love for Epic Records Artist Kendre Streeter, Moonshot for artists Steve Taylor and The Perfect Foil, and The Secret Life of Mrs. Savannah for Tonya Terry Music. She produced the first short film directed and written by Michele Tillman, Blue Baby Shower --a short that debuted for the Women in Film International during the 2017 Cannes International Film Festival. She sewrved on I AM Israel; Cuba from the Back of a Van, and as the production translator for Sanctuary: John Weidner and the Dutch-Paris Underground. In other roles, she worked on The Secret Handshake with Town Square Pictures, as well as the production coordinator for its red carpet event.

As a writer, her script, Second to Nun with was announced in co-production with Belgian fimmakers Artemis Productions,with Alain Berliner directing. The film was announced by Variety and the international film press at the 2019 Cannes Film Festival. She plans to co-produce another film entitled Now I See, a thriller, featuring a unique use of sound design in Dolby Atmos. Espenant has written several original screenplays that are in varying stages of production.

And Espenant follows her long time passion for film and media production, music and the performing arts. Espenant first appeared on screen in minor roles in three films: The Last Castle (2001) directed by Robert Redford and Brute Force [retitled] (1996), and Breaking Away (1979). As a writer, journalist and editor, she has won both acclaim and awards. Espenant also garnered awards in oratory, as well as Performance Poetry and Recitation. She sang as performing artist in Nashville among many professional choruses and choirs, boasting two appearances with the Fisk Jubilee Singers, and two seasons with the Nashville Symphony Chorus, and a select international touring band to France.