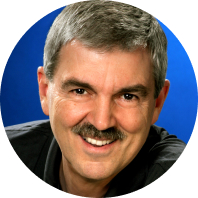 Travis Turk began his broadcasting career in 1964 in Radio as an on-air personality and engineer. In 1968, he moved to Nashville, Tennessee, and recorded the Doobie Brothers, Anne Murray, Eddie Arnold, Lobo, Waylon Jennings, Shirley Caesar, and Jerry Lee Lewis. He branched out to become the record producer for Jimmy Buffett, O.B. McClinton, and the Nashville Jazz Machine.

Travis’s voice has graced Radio & TV commercials for Kentucky Fried Chicken, Blue Cross & Blue Shield, and Oldsmobile. He has managed highly successful recording studios: Soundshop and Creative Workshop in Nashville, and Eastern Sound in Toronto, and was co-owner of Audio Productions in Nashville. Travis has been an integral part of the Hummingbird team since its founding in 1976.

Hollywood has called upon Travis’s talents on such projects as The Mexican, Ironman2, The Blind Side, Elvis's Comeback Special, The Sopranos, King of the Hill, and Daredevil.